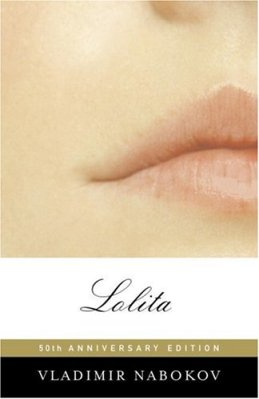 Nabokov’s main character, Humbert falls cataclysmically in love with Dolores Haze, a twelve-year-old girl. His infatuation is perverse, (which he knows) but he simply cannot help himself. It becomes so overwhelming he constantly looks for ways to justify his emotions and goes as far as citing historical and literary examples of adults who have relationships with children. He knows it’s wrong, but instead of blaming himself he blames the taboos set forth by modern society and nymphets (little girls who purposely tempt him).

When Humbert acts on his obsessions and begins a sordid affair with Dolores, his guilt and subsequent justifications fly wildly out of control. His mind begins to ramble and he can barely string together a coherent train of thought. At one point, the narrative becomes so jumbled and erratic its almost unreadable.

The insane tone of the last quarter of the book casts suspicion on whether Humbert is telling any sort of truth. He even admits to spending time in a mental ward, where he enjoyed duping the psychiatrists. Furthermore, his view of reality is so skewed, there’s no way to confirm his relationship with Dolores really happened.  This is a man that often confuses the fantasies in his mind with the real world. And I wouldn’t put it past him to lie to readers.

Ultimately, Nabokov’s narrative posits the idea that perversity is omnipresent — no matter how much it is cloaked. It’s forbidden by morality, hidden under the trappings of modern culture and society, caused and perpetuated by lunacy, and punished by the law. Yet, perversity is and always will be part of humanity (hence Nabokov’s historical references). The question of what truly defines perversity becomes blurred when put under scrutiny as the definition changes over time and cultures, even though the core concept remains the same. In essence, Nabokov is pointing out a paradox that plagues civilization.