Any reader of a series has mixed feelings about the last book. This is especially true of Young Adult readers that spend large portions of their lives immersed in other worlds built of science fiction, fantasy, and paranormal romance. We don’t just read these books, we live them. Even those of us well into our thirties. There’s something to be said for the magic and escape only Young Adult series books can offer.

Sitting on my bookshelf is no less than thirteen series of Young Adult novels. I anxiously wait for the next book in each series to come out and I buy it the day it hits stores. In many cases, I drop whatever I’m currently reading, so I can dive right into the newest addition of a given series. That is until the series concludes with the last book. Part of me is ready to read it in one sitting, but the other more powerful side is hesitant to even crack open the cover.

Over the last year I’ve made a pile of books, each of which are the last book of a series. They sat and collected dust as I found myself wedged between two very strong emotions. On one end there’s the uncontainable excitement of finally learning the fates of much beloved characters. One the other end is the sadness of having to bid them goodbye. Thanks to the evidence of dust, its easy to guess which end of the dichotomy rules my psyche.

Once the dust layer started evolving into dust bunnies, I knew it was time to get over my crippling hesitance. Since January, I’ve managed to clear four last books from the pile and it’s been an interesting experience of highs and lows. 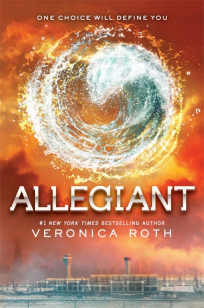 The first foray into last books almost doomed my mission from the start. I loved the first two books of Roth’s thrilling Divergent series, but the last book left me feeling cheated and angry. I can’t remember the last time I was so disappointed with a book at every level (i.e. character development, end of story, legacy, etc.). The silver lining: It was super easy to let go considering the entire series was essentially ruined.

This last book more than made up for the disaster of Allegient. It offers a satisfying ending to a fantastic series in that it gives the story a solid ending without becoming predictable. My only complaint was the use of multiple points of view (I hate that. See One YA Reader’s Desperate Plea), but ultimately the story was strong enough to overcome that one little glitch. 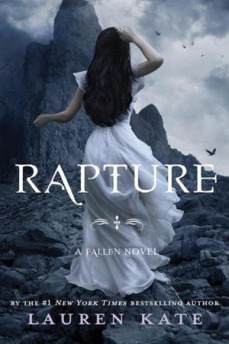 Another fantastic last book. Not only does it deliver on wrapping up multiple story lines, but it includes a completely unexpected plot twist. In addition, the last chapter is perhaps one of the best endings ever conjured. Beautifully done.

Clare certainly knows how to weave a mesmerizing tale, but she does get a little carried away in some places, (i.e. scenes that go on much too long, repetitive dialogue, etc). This is somewhat forgivable as her characters are interesting and very likable. The final book offers a satisfying ending, but the epilogue left me scratching my head a bit as it diminished the emotional conflict of the entire series.  Still, it was a pretty darn good book!

Currently, I am immersed in the final book of Becca Fitzpatrick’s Hush, Hush Saga, Finale. So far, I have no complaints. One of Fitzpatrick’s strengths is character development in that she allows her characters to grow without letting them grow too far out of their skin (a common problem in YA).The story is progressing nicely and I am becoming more and more curious of how it will all end. For that reason, last books are my favorite thing this week!

Next on the list is City of Heavenly Fire (Mortal Instruments Series) by Cassandra Clare. It won’t be released until later this month, but I am anxiously awaiting its arrival, (even though this series was technically supposed to end two books ago). I promise no dust will be collecting on this last book!