1. Work towards getting The Muse published.

All rewrites and adjustments are officially finished! The Muse has a new beginning and all plot holes in the epilogue have been plugged. Yes, I did quite the little happy dance!

The process took much longer than I would have liked, but cutting an entire chapter was a lot harder than I thought it would be. Ultimately, I know I made the right decision and I don’t regret taking my time to get it right.

Armed with my reconfigured novel, I’m looking to start the query process once again. I pulled up my query letter tracker (i.e. spreadsheet) and updated it with possible targets. Let the games begin!

While plugging plot holes in The Muse, I added to my notes for Lineage. This month was all about world-building. Lineage will take my characters to a place that exists somewhere between myth and reality, (more so than already established in The Muse).

I’ve been doing some really fun research to determine what this pseudo-reality might look like (the colors and textures of Kartchner Caverns and Mammoth Cave are tickling my muse right now!), while also figuring out the characters who live there. Ever heard of a rogue muse? Well, you will! Stay tuned!

It was a good month for poetry! Partial results for the 2015 April Poem A Day Challenge (via Poetic Asides on Writer’s Digest) have been posted and I was thrilled to see my name listed in the Top 10 for Days 6 and 11. Considering the sheer number of entries (upwards of 900 to 1000 each day), I am both humbled and amazed to be included among the finalists. Results are still coming, so stay tuned!

Once again, I participated in the Poetic Asides community via Writer’s Digest. As always, I find the prompts challenging and the community inspiring.

I also completed another month of National Haiku Writing Month’s daily prompts via NaHaiWriMo’s Facebook Page. August prompts all started with the letter T and they were so much fun! I completed the month with at least one haiku a day.

4. Don’t give up or get distracted.

Despite the start of a new school year, (the busiest time of the year for teachers!), I managed to keep my muse focused on writing when I wasn’t at work. No matter how tired I am, the day isn’t over until I’ve written something!

To close out August I decided to experiment with the haiku form, yet again. While I love the three line format in both traditional and contemporary haiku, I am intrigued by the single line format. It’s tricky and requires precise word choice. The examples I’ve seen are either amazing or weirdly abstract, which has left me leery of trying it out for myself.  Well, I finally jumped in and started playing with single line poetry. It’s still a work in progress, but I’m loving the challenge.

And let’s not forget the word of the year: 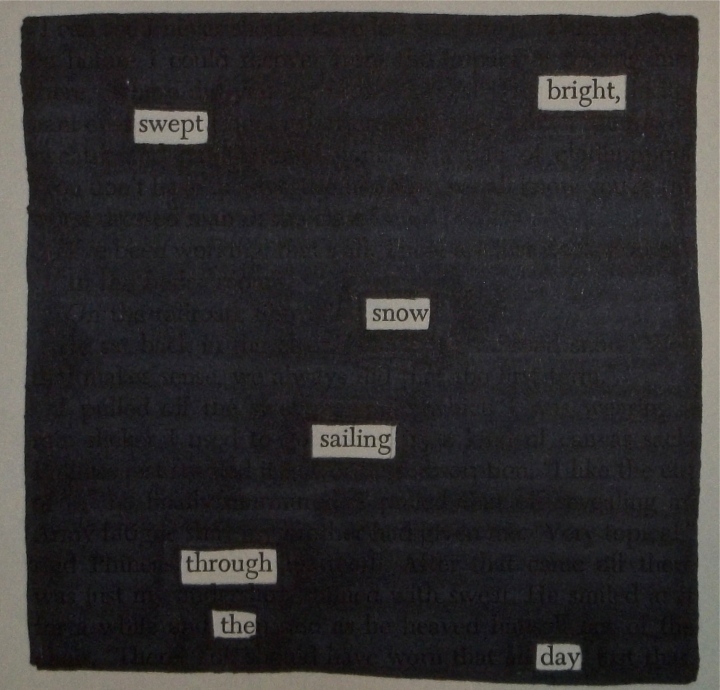 While cleaning up my photo files, I found this piece of black out poetry. For some reason, it was left behind during the last series I posted. Enjoy!

until the blue of day

There in plain sight

to seize the magic

of a new day 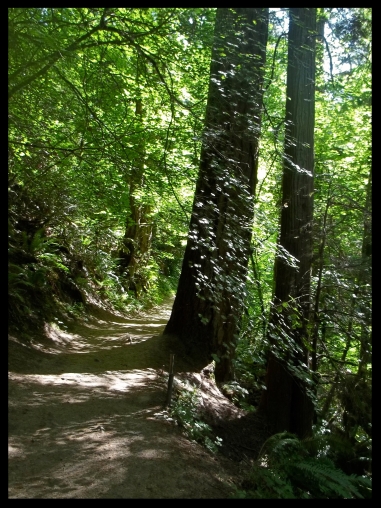