London is well-known for world-class museums like the British Museum, National Gallery, and Tate Modern. These museums all house incredible collections of artifacts and artistic expression, but there is another museum with an equally impressive inventory that often gets overlooked.

The Petrie Museum of Egyptian Archeology occupies a small space on Malet Place (near Gower St) and is part of University College London Museums and Collections. If you can find the small door and the bell to ring to gain entrance, be prepared to stare in awe at the artifacts contained in row after row of glass cases.

Instead of the wide-open spaces of the British Museum, the Petrie feels more like a basement with cramped spaces and crowded shelves. Because many of the artifacts are still utilized for scientific study, the emphasis is not on visual display, but rather meticulous classification. Objects are organized by type (i.e. glasswork, vessels, stone reliefs, jewelry, statues, textiles, tools, etc) and by time period.

Despite the relatively small size of the Petrie Museum, it boasts one of the largest collections of Egyptian artifacts in the world, particularly from the Amarna Period. Forgive me as I geek out, but the Amarana Period has been the subject of years of personal study. There are no words to describe my excitement when I walked through the door and saw thousands of artifacts that existed in an era that I actively try to reconstruct in my mind.

During the Amarna Period,  the Heretic King, Ankhenaten ruled over Egypt. Ankhenaten attempted to transform the polytheistic faith of ancient Egypt into a monotheistic faith system. In effect, he wanted to take away all the gods of Egyptian mythology and replace them with one god, the Aten (or Sun god). In addition, he moved the capital of Egypt to a spot in the middle of the desert and built a new city  in honor of the Aten called Akhetaten, (now known as Amarna). Both ventures were horrific failures and lead to economic and social collapse. Ankhenaten died a reviled figure and left a broken kingdom to his son Tutankhamun, (the infamous King Tut).

Political and religious movements aside, the Amarana Period is also a unique era of artistic expression. Prior to the reign of Ankenaten, Egyptian art maintained a very strict tradition of symmetry with figures that had an almost “boxy” appearance. In Amarna, art took on very different aesthetic with distinctive curves and stronger references to the Aten.

The image below, (on display at the museum) shows these characteristics. A headless Aknenaten has very wide, curvy hips and a drooping belly. In the old style, the Pharaoh would never be depicted as anything less than a perfect god, so showing these imperfections is a drastic change!

A reference to the monotheistic movement can also be seen in the sun “rays” tipped with hands carrying the ankh – a simple of life. Akhenaten and his wife Nefertiti are graciously accepting the life-giving force of the Aten and giving offerings in return, (Nefertiti is holding a vessel, which is typically viewed as an offering).

Petrie Museum – Ankhenaten and Nefertiti gathering the gift of life from the Aten
Photo by: c.b.w. 2011

While the British Museum has an amazing display of Egyptian artifacts, including the Rosetta Stone, the Petrie Museum is filled with priceless treasures from a revolutionary period of Egyptian history. This history geek is so grateful for the collection that this organization painstakingly maintains.

(How’s that for a quickie history lesson?)

Part of the A to Z Challenge! 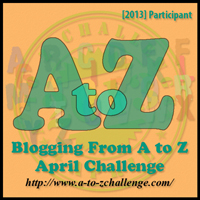