For the last few days, I’ve been busy pulling some really old writing files, (see Getting All Nostalgic for the reason why). Some of the files I had to track down date back a full decade! The fact that I even found them was truly astonishing (thank goodness for an archaic laptop that didn’t succumb to a virus), but it turns out that was only a fraction of the battle that was ahead.

First, ten-year-old files don’t like transferring to updated versions of software. Especially when those old files are part of a program that basically no longer exists. Back in the day, I was still playing around on a PC. PCs often came with a free abbreviated version of Word called Microsoft Works. Almost every post I wrote for my threads on The Office message boards was drafted in this program.

I’ve since evolved to a Mac in which I run the full Microsoft Office software. It turns out none of the files I pulled off my old PC would open on my Mac. Ugh. Are you kidding me? After a few minutes of crafty thinking, I realized I could probably upload the files to google docs on the off chance they would magically convert to that format.

I was close! Google Docs prompted me to convert my files using CloudConvert. I didn’t have to download anything, but rather my files could be converted to .docx in the magical realm known as the cloud. Once converted they were sent back to my google docs account all shiny and new. From there, I downloaded them to a USB.

Voila! My files opened and all my hard work was saved. There are some formatting issues, but the text is all there and that is what matters!

This is when I thought the hard part was over. Silly, silly me. The hard part began when I opened those files and started reading. Ten years is a long time in the life and evolution of a writer. I’ve come a long way since then and its almost painful to see words I so badly want to fix. 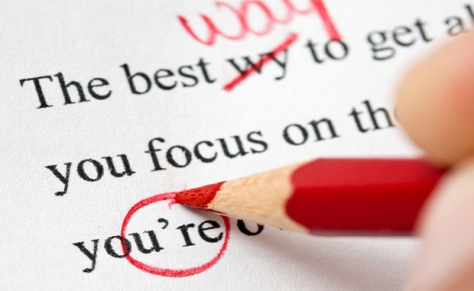 While it would be easy to go in and make all sorts of improvements, herein lies the problem: Do I really want to alter something that so many readers have already enjoyed? The whole point of this nostalgic project was to find a new online home for message board posts that currently are no longer available, (the message board is now defunct). The reader who requested them loved them they way they were and so did many other readers.

As a writer, I find myself in an odd place. I know I could rewrite those posts and make them better in terms of style, flow, and organization. At the same time, I don’t want to mess with something that is a perfect snapshot of a wonderful time in my life where I was rediscovering myself as writer. Nor do I want to mess with what is a perfect preservation of fandom memories for readers and myself.

Ultimately, I decided to do limited revisions. One of my trademark flaws is leaving out entire words because my brain moves faster than my typing fingers. I’m doing my best to fill in the missing words. I’m also fixing punctuation issues such as commas, semicolons, and hyphens to help with reading flow. Other than that, I’m leaving the original posts as original as I can. It’s painful, but I think it’s the right think to do considering their newfound purpose.

I never thought I’d find myself in this position, but I suppose this is how published novelists feel about their work. There really is no such thing as a final draft, but sometimes you just have to let things go.