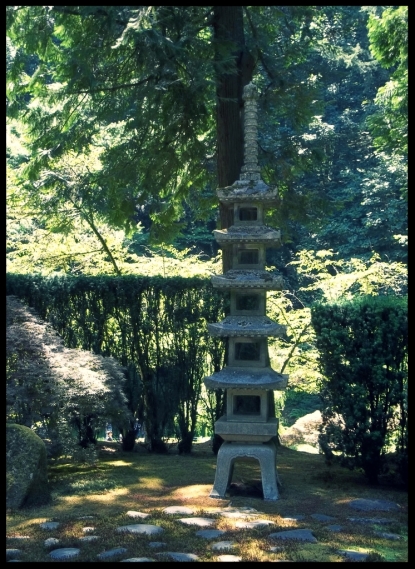 Even in a city as large as Beijing, there are pockets of tranquility.  In this bustling city’s northwest corner, the Summer Palace is nestled between Longevity Hill and Kunming Lake where it has stood for the last 900 years. Pavilions, pagodas, gardens, and calming ponds of lilly pads all live up to the Chinese name, Yíhé Yuán, which means “Gardens of Nurtured Harmony.”  To walk through the grounds of the Summer Palace is to know the meaning of peace.

The site was first built during the Jin Dynasty when Emperor  Wányán Liàng move the capital to Beijing in the 12th century.  It would be another 600 years or so before the famous gardens would be commissioned by emperors of the Qing Dynasty.  Just like everywhere else in China, ghosts of the past roam freely around the Summer Palace, whispering their secrets from every corner.

Upon entering the complex, visitors are greeted by a large structure known as the Hall of Benevolence and Longevity.  Stunning mythological creatures cast in bronze stand guard in front of several doorways. 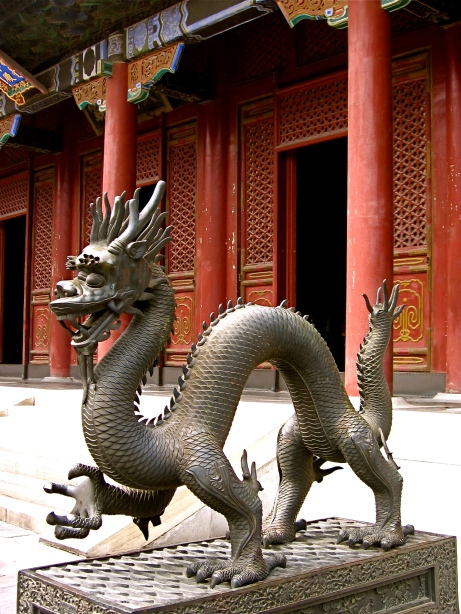 A dragon guards The Hall of Benevolence and Longevity. Photo by: c.b.w.

Through the doors, a lush garden filled with ponds, greenery, and stillness awaits.  Despite the throngs of people crowding every walkway and bridge, all are quiet as if the gardens cast a spell on those who enter. 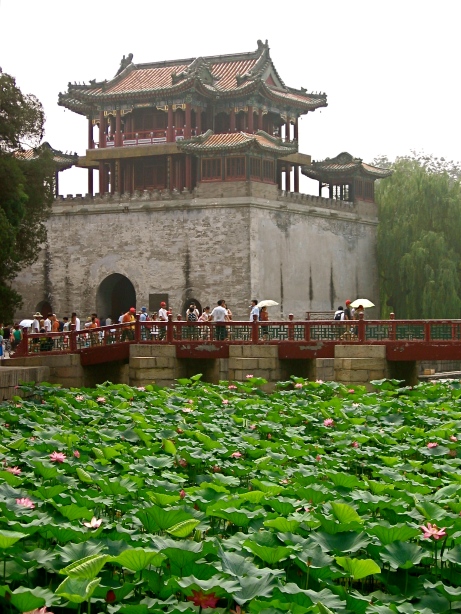 A Pavilion looms over a large lilly pond at the Summer Palace. Photo by: c.b.w.

Pink, white, and yellow lilly flowers bloom in shallow pools of water. Walking among the greenery and gurgling streams is like walking through a dream world that lives only in the imagination.  It’s hard to believe the metropolis of Beijing is just outside the boundaries.  I sit on a bench and let the rush of traffic and the noise millions of people dissolve in the trees. 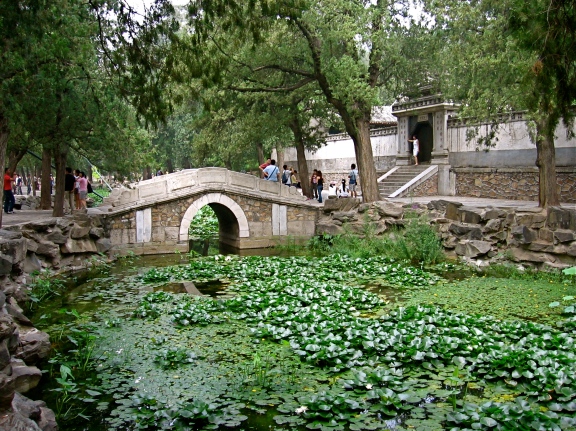 The air is heavy with the smell of green, while a breeze always seems to blow through at just the right time. Secret passages arouse curiosity and open doors beg for eyes to peek. 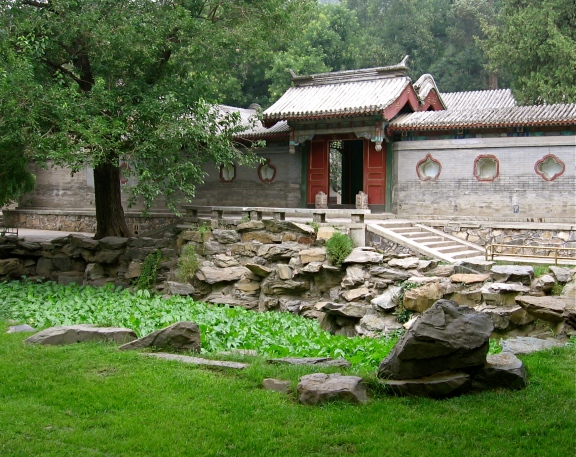 Aside from the gardens, the focal point of the Summer Palace is Longevity Hill.  The front side of the hill is dominated by architecture including pavilions, great halls, and pagodas, while the back plays host to the  magnificent gardens.  Surrounding the entire complex is a centuries old man-made water reserve known as Kunming Lake. 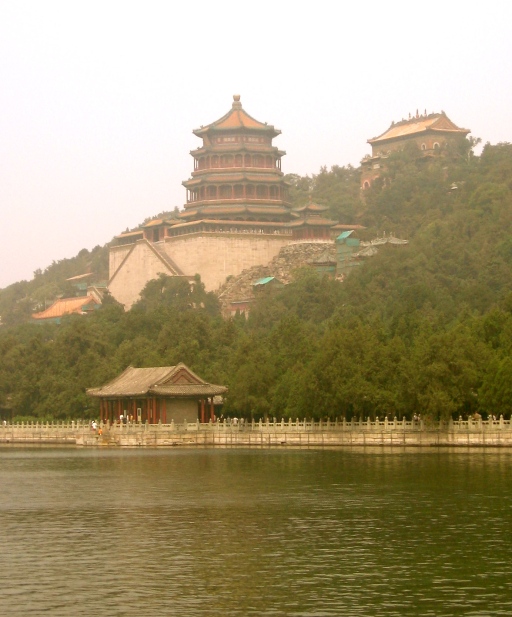 “Docked” in the water, is the infamous Marble Boat Pavilion, which was originally built by The Quianlong Emperor, but subsequently destroyed during the Second Opium War in 1860.  It wasn’t restored until 1893 under the orders of the Empress Dowager Cixi, who took up residence in the palace during the summer months, (hence, the name “Summer Palace”).  The boat is two stories tall and constructed with wood painted to look like marble. 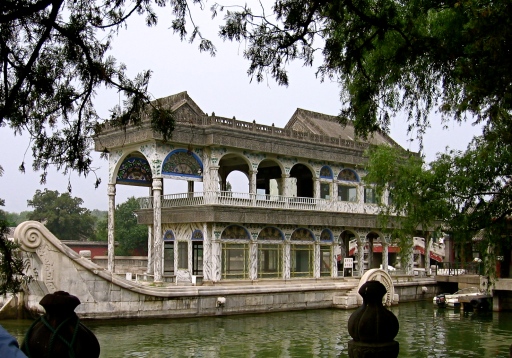 The Empress Dowager faced harsh scrutiny for her decision to rebuild the pavilion for a number of reasons.  First, the boat was rebuilt in a more Western style, which was considered offensive during a time when  Western influence was threatening the collapse of the Qing Dynasty and causing unwelcome shifts in traditional Chinese culture.  Second, she spent a fortune to reconstruct and expand the palace when China was in political and economic turmoil.  Worse still, the money she piddled away was originally earmarked for the navy.  Her decisions may not have been popular, but the beauty of the Summer Palace continues to awe those who visit.  Perhaps, the Empress Dowager saw the grounds as her only escape from the frightening chaos ripping China apart.

While history resides at the core of the Summer Palace, the present is not forgotten. Among the lilly pads beautiful flowers bloom to remind us there is always a moment of a beauty to behold. 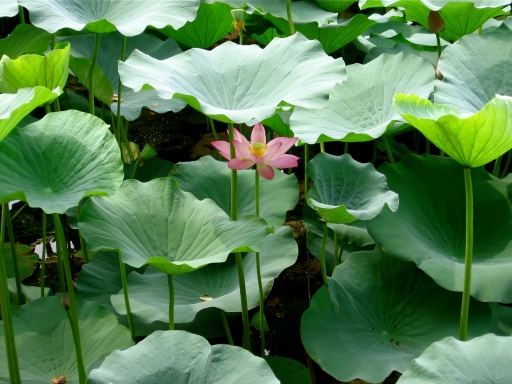 A lily blooms in the gardens of the Summer Palace. Photo by: c.b.w.

Honor the past, but always breathe in the present.  In the garden of nurtured harmony, anything is possible.